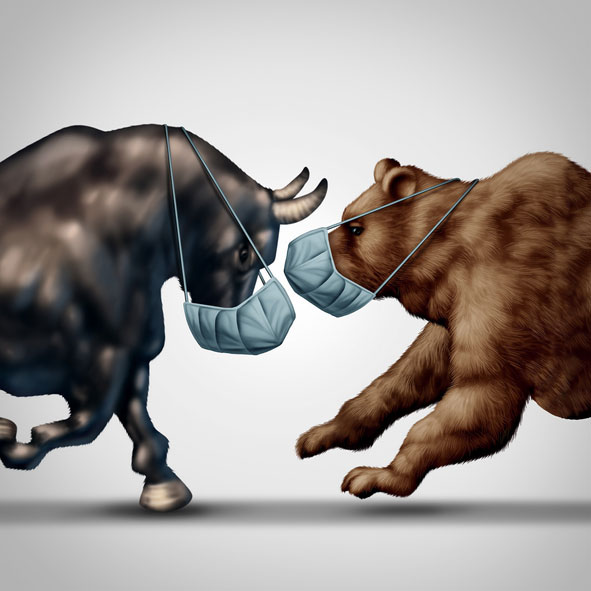 But the prediction business got a whole lot harder starting in early 2020, and planners and clients have been put through the wringer with the stock market. Watching the headlines through March and April 2020 was a grim business, and everyone is thankful that part now is in the rear-view mirror.

Now, it’s time to start picking up the pieces. But the future is far from assured, and planners are left with one big question about the nascent recovery the world is entering: will it be a V or a W?

Going Through the Grinder Offers Some Advantages for Financial Planning

One clarifying aspect of catastrophes like the COVID-19 epidemic is the stark revelations it shows about predictions. Often, financial planners and their clients don’t get a real perspective on their judgments for decades.

That hasn’t been a problem lately. The volatility that rocked global financial markets in the first quarter of 2020 offered rapid feedback, with decisions made just months ago already revealing themselves as wise – or not – as the case may be.

But the future is always around the corner, and planners don’t get a lot of time off to pat themselves on the back for getting yesterday right. Every day brings in new facts, new evidence, and fresh perspectives to shape tomorrow’s plans. And right now, many of those plans revolve around one question: Will the economic recovery look more like a V or a W?

A Tale of Two Recoveries

There are actually tales of two recoveries to be dive into: One is the stock market, the other is of the underlying economy that supports it.

The theoretical discussions that arose as the first waves of the pandemic circled the globe had a lot of talk about letters from a group of folks typically more comfortable with numbers: L, V, or W?

Those were the options that many experts thought likely for the outcome of both the market and the economy when the virus had its way with us. A sharp, V-shaped recovery, where the initial dip that hit the markets was quickly recovered; a much slower recovery, where the drop was followed by a long, flat period, or L; or a more insidious version, the W, where a rapid initial recovery was only the precursor to another sharp drop – and, hopefully, an eventual recovery.

The stock market has unquestionably gone the V route, with the S&P 500 bumping into positive territory for the year in early June, which was a relief for planners and clients who decided to ride out the dramatic drops of February 2020.

That has all but taken the L scenario off the table – at least for the first round. Although the country is in a recession, it has not fallen into an immediate depression. Big job numbers accompanying the reopening of most states have offered further signs of improvement, giving the V advocates more ammunition.

The big question for financial planners now is, will it stick with the V, or head into W territory? 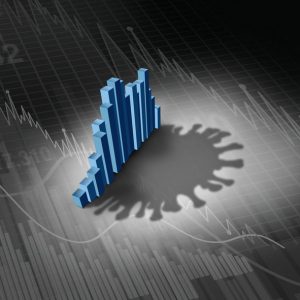 Can The Economy Cash The Checks The Market is Writing?

The other recovery is definitely not V-shaped yet, and it opens up questions about how sustainable the market recovery may be. Although the market is often viewed as a prediction about the economic potential of the companies it comprises, the reality is that many other factors are in play: Monetary supply, investment alternatives (or lack thereof) and herd mentality can easily put stock prices in places where economic principles fear to tread.

Many experts believe that the current rally can be primarily attributed to unprecedented Fed intervention and the resulting liquidity. But no one thinks neither the Fed nor government intervention can sustain economic development if labor productivity and overall employment are dramatically curtailed.

Miscounting errors at the U.S. Labor Department revealed, a few days after the relatively rosy unemployment report kicked off the latest surge, the picture on the ground wasn’t actually that much improved after all. Such data errors during times of unprecedented structural damage in the employment market are another consideration that financial planners have to figure into their analyses.

So, there is still plenty of room for a W as is clear in the dramatic pull-back on June 11, 2020, with the Dow retracing more than 1,900 points by the closing bell. The double-dip could be a drawn-out affair with echoes from the massive closures overwhelming unemployment and support systems that were tapped out during the first round. An intransigent political system, buoyed by the apparent initial recovery, may be reluctant to provide the kind of support that may be necessary to sustain it.

And the virus isn’t the only threat to the economy. Massive social unrest calling attention to racial inequity in policing has been roiling American cities. And the pandemic has strained geopolitical relations in ways that could continue to play out in the form of economic retaliation and disengagement.

Financial planners may look back on the halcyon days of February 2020 as the easy part.

Big macroeconomic trends didn’t go away when COVID-19 hit, they just got submerged. But they are also likely to be altered in ways that may still be unclear because of the economic hangover from the virus. And it’s anyone’s guess how they will play out against the backdrop of societal disruption, and even more vexing, how they will influence it.

And, of course, the virus itself hasn’t gone anywhere just yet; the same day that the NASDAQ rocketed to a new high, WHO announced a record-high number of daily infections worldwide.

Ultimately, planners have to ask themselves the same questions about investments and planning as they did in February all over again. But will they arrive at the same answers?

Financial Planners Get a Rare Second Chance With Market Bounce 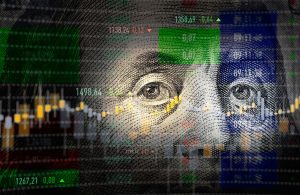 With the market, though still volatile, ticking closer to pre-COVID-19 levels, planners find themselves in a somewhat stressful but slightly unusual position – with portfolios nearly recovered to pre-pandemic states, they get a second bite at the apple. The decisions of February can be reconsidered; is it time to move to cash in anticipation of another dip? Or did riding out the first wave work well enough that there’s no good reason to change course now?

Anyone who sold quickly and reinvested at the lows did remarkably well for themselves. But planners are also well aware of the up-side risks of going for cash just before the market goes on another tear higher. A true believer in the V-shaped recovery would be foolish to drop out now. Those that put more faith in a W may be rebalancing in anticipation.

And, although it is out of the running in the first phase here, some few adherents of the L-shaped perspective may still be muttering dark premonitions toward their Bloomberg terminals, looking to a future where no COVID-19 vaccine is ever uncovered, where tensions with China fracture foreign trade and, possibly, even lead to armed conflict over flashpoints bordering Taiwan and India.

It is all on the table in a world where precedent has gone out the window and complexity has exploded, but financial planners remain a bastion of rational, calm, analytical perspective in weighing the odds and positioning investments and plans to match.