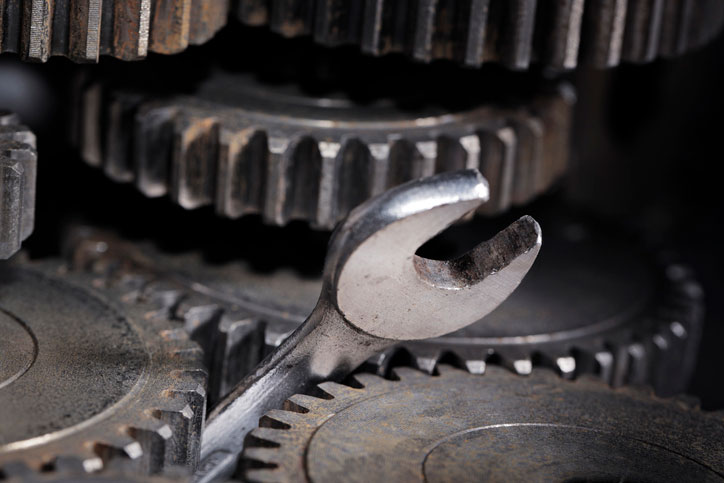 People at all levels of the financial services industry have had a front-row seat to the harm COVID-19 has wreaked on the economy. First-quarter 2020 GDP dropped by nearly 5 percent; 17 million jobless claims were filed – and that’s not accounting for people who are still jammed up in the filing process or the big wedge of gig workers whose gigs have evaporated.

The whole mess is putting a lot of red on balance sheets for both companies and individuals, and with no certain cure for the disease, the worst of it might not be over.

Although we’re staring at numbers that almost make the Great Depression look good right now, most planner and finance experts recognize that this time is different, even if they can’t articulate exactly how.

Both the Great Recession and the Great Depression popped out of endogenous shocks within the finance industry itself – a .45 caliber right to the foot, the gun loaded with excessive leverage, irrational exuberance in the markets and untested monetary policy. Those systemic problems took years to flush out of the system with a lot of carnage along the way.

The COVID-19 recession, or whatever it is going to be called when the historians get around to writing those books, is different. Like prior epidemics, wars and other disasters, it has been brought about by factors outside the financial system.

Yet, it is different from those events. Although stock market crashes often accompany major exogenous events, recessions typically arrive after the crisis is over. Spending and activity related to the disaster often make the market a great place to be once the gears are turning in response.

But COVID-19 has jammed the gears, too.

That leaves financial planners and economists wondering: will the economy ever get back to normal, or will it take a radical shift to the global financial system to get us out of it? 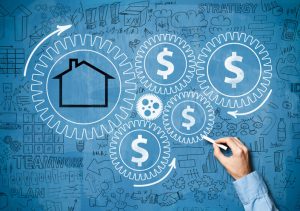 When a Crisis is Too Big to Talk About Intelligently, We Fall Back on Familiarity

Discussions of an impending new normal have become pro forma, but the details tend not to look all that new. Some increases in current trends toward online services, a bigger push toward robotics, maybe a little supply chain shortening.

Many of the arguments ignore other parts of the COVID-19 elephant. People are talking about a massive depression in the services sector – because no one can get out and use those services – ignore the huge supply chain disruptions. People who talk about supply chain issues don’t account for an implosion in manufacturing. And almost no one knows the effects the disease will have on consumer behavior for as long as it runs wild

A Traditional Recession Recovery isn’t in the Cards

Back in March, well-respected publications like the Harvard Business Review were confidently predicting a quick, V-shaped recovery. Now, it’s not so clear.

Bloomberg played this out as far back in 2017, imagining a major external shock to the markets, with the Fed constrained by already low-interest rates and “a dysfunctional White House and/or a Congress that is opposed to a massive spending program.” But their prediction was for a shallow recession (wrong so far!) and a very lengthy recovery (we shall see).

Getting out of external shocks to the financial system requires a little defibrillation: lending or government spending, a New Deal or Lend-Lease Act, a Marshall Plan, low-interest FEMA loans for hurricane rebuilding and demand created in reaction to the crisis. Once business sees a way forward, capitalism grinds back into action.

But COVID-19 has confounded that pattern. No one is imagining a way forward; all they can see is what’s in the rearview mirror.

Policy prescriptions haven’t given businesses any assurance about how wise it is to take risks on new paths forward, either. Corporations hate uncertainty, but the type of policy announcements that could offer some calm and a basis for picking a direction haven’t been there.

And even if the vaccine is enough to get people comfortable with the idea of getting back out into the world and spending money again, no one has really offered a clear explanation of how the economy can continue to operate at pre-pandemic levels while the disease rumbles around. 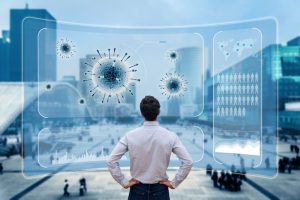 Right now, conversations about the possible paths to recovery are being constrained by wishful thinking and memories of what the pre-COVID-19 world looked like.

Most policy prescriptions seem mired in the old formula as well. Interest rate cuts are pretty agnostic when it comes to stimulating recovery, but corporate bailouts (particularly with zero employment strings attached, as seems likely) are squarely aimed at business-as-usual, even though business may never be “usual” again.

U.S. industrial production has suffered the biggest decline since WWII, so comparisons to that time seem reasonable. The economy the United States enjoyed coming out of the back end of World War II didn’t remotely resemble what it had going in, either. It retooled; changed to fit the circumstances of the new reality. The country didn’t hit pause for four years until the war was over – it couldn’t. Instead, it dramatically reshaped the industrial base and how business worked for the duration. And we never went back to what previously was understood as normal.

You don’t even need to look back that far to find examples of a definitive change in how economies function. in China, the SARS outbreak of 2003 is credited with spurring consumers to adopt online shopping, driving Alibaba’s sudden emergence as an internet powerhouse.

We take both eCommerce and the industrial might of the United States as a given because that was how history played out. But those things only happened because people stopped looking in the rearview mirror and put the economy in drive.

Can financial planners see what that new economy might look like after COVID-19 is finally put to bed? Not yet. But the most successful will keep looking forward to the possibilities rather than back at the past.